Best known for his pioneering use of daguerreotype, Joseph-Philibert Girault de Prangey has established himself for twenty years among the major figures of the beginnings of French photography. The exhibition of the Musée d’Orsay, the first in France devoted to his work, presents a collection of a hundred daguerreotypes, as well as some fifty photographs on paper, paintings, drawings, lithographs and illustrated works. It was carried out thanks to scientific support and loans from the BnF.

A PIONEER OF DAGUERREOTYPE

Painter and draughtsman, archaeologist and architectural historian, scholar amateur of rare plants and birds, Girault de Prangey masters perfectly, as early as 1841, the technique of daguerreotype, through which he has created a work of unparalleled quality and magnitude, if perhaps the work more recently discovered around the English Ruskin.

With no less than 1,000 plates to date, this corpus was mostly made between 1842 and 1844, during a classic tour of the Mediterranean basin from Italy to Egypt through Greece, Turkey, Syria, Lebanon, Jerusalem and Palestine. Taking over the manual methods of surveys used during his previous travels, photography is primarily part of an archaeological study: it feeds an iconographic documentation designed as the basis of the many illustrations to be published soon in the luxurious publications of Girault de Prangey centered on Islamic architecture. The exhibition at the Musée d’Orsay highlights this exceptional ensemble and highlights the aesthetic ambitions claimed beyond the original documentary function.

The exhibition places this corpus in a new way within the photographic work produced before and after the trip. Indeed, it reveals that Girault de Prangey developed from the 1850s a very rich photographic work on paper of unsuspected scope and quality, primarily inspired by his estate and gardens. The exhibition gives rise to a new and more complete vision of the great photographer that he was from the 1840s to the 1870s, and whose spectacular daguerreotypes gave only a partial idea. Girault de Prangey’s work is analysed in the French context from the 1830s to the 1880s – an artistic, archaeological context, the rise of illustrated scientific publishing and scholarly societies of archaeology, acclimatization and horticulture – to offer a resolutely new understanding of Girault de Prangey’s personality and his evolution as an artist and photographer.

A particular emphasis is placed on Girault de Prangey’s view of Notre-Dame Cathedral in Paris, alternating overview views and close-up studies as bold as they are pioneers in the daguerreotype technique. It was 1841, three years before the launch of the restorations under the leadership of Jean-Baptiste Lassus and Eugene Viollet-le-Duc. The exhibition also highlights the fact that many plates made in the Near East between 1842 and 1844 are among the first known photographs of sites now destroyed, deteriorated or threatened. All these aspects only reinforce one of the most important issues of such an exhibition: to demonstrate that the exceptional documentary dimension attached to a large part of Girault de Prangey’s work should not overshadow the obvious aesthetic ambitions of this archaeologist photographer who was first and foremost an artist. 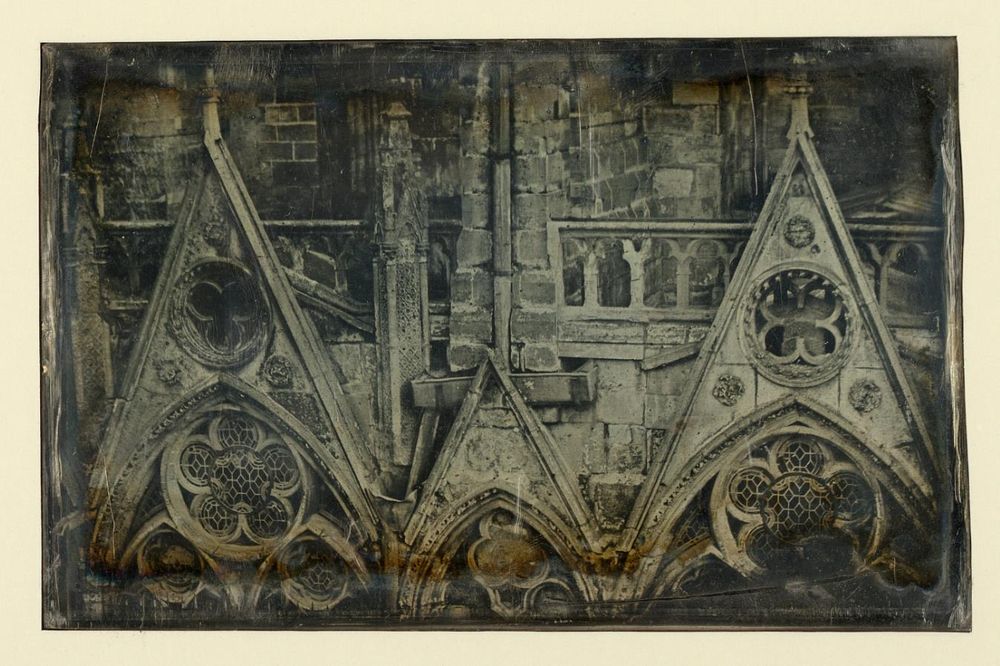 For more information regarding the exhibition, visit the National Library of France events agenda page.